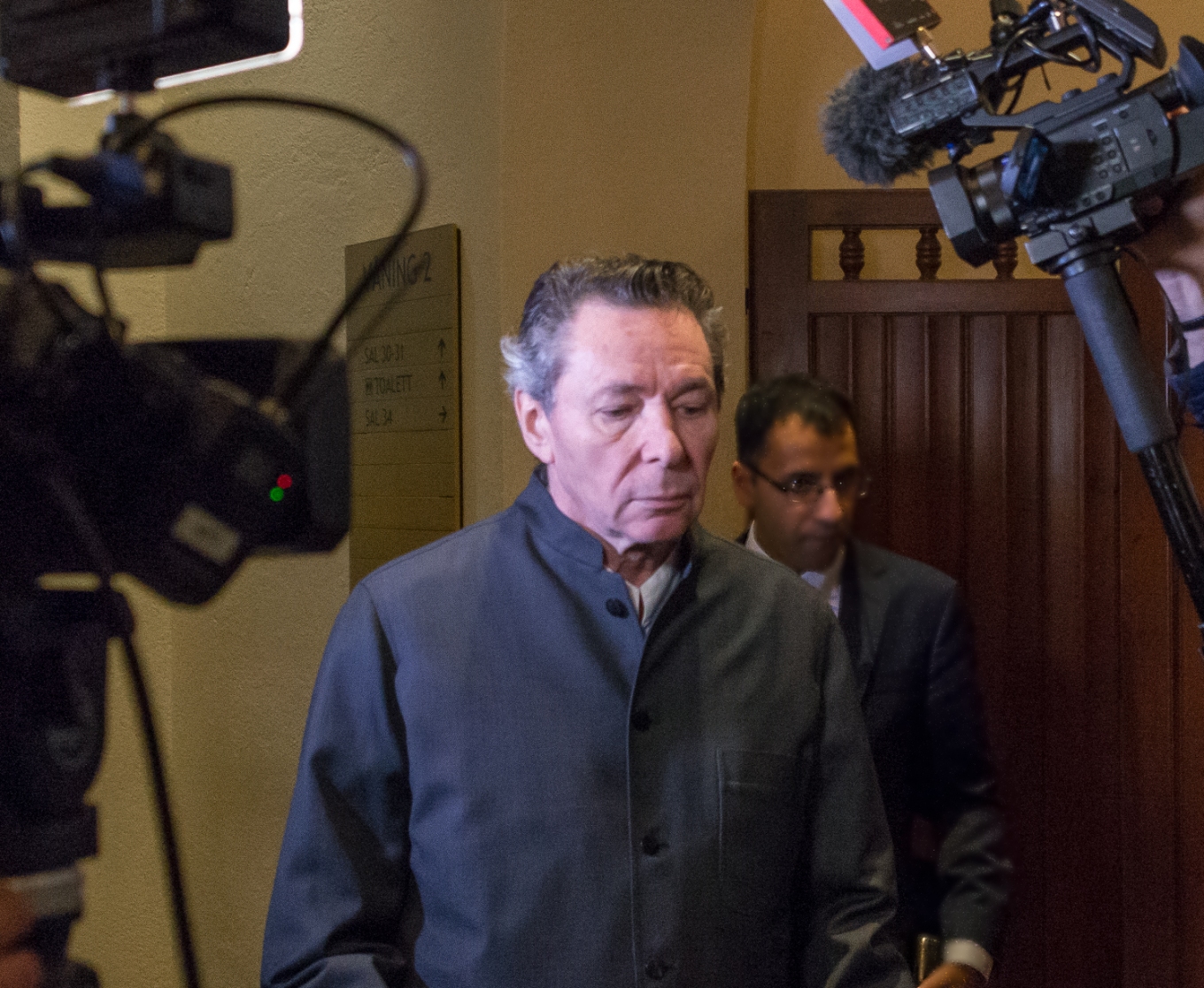 Certainly after waiting such a lengthy time in Sweden for a new Prime Minister it is time for the world no longer to wait for sloven, decrepid politicians, una confradia de ladrones and thought terrorists (TT), waiting as they are choosing a new voice for Israel. For yet another voice denying the existence of a Swimming Pool at Auschwitz.

That is why you emminence,  and with your distinguished caust capabilities; most honorable Sir Jean-Claude Arnault, makes you the unquestionable new Prime Minister of Sweden. Selected not by vote, but by capabilities of entering into difficult, and closed areas of lust and passion.

You feel you have been unjustly sentenced by corrupt Swedish courts but it is evident in listening to the voices of the ladies sharing your bed, they enjoyed every minute of it, and now blame you for parted joy and lust. Indeed, was there one women there inside the bed who did not dream of a carriere of uppermost bed of roses: vie en rose, bringing well deserved gossip into bored political corridores, always waiting and expecting what benefits intimate friendship with Israel, would bring them?

May you therefor have success in your appeal for Swedish arcane justice, reminding the shared vie en rose ladies of their responsibility to the Swedish state. To keep politician’s happy, with flourishing arms sales, so that new refugees can come to Sweden in order to strengthen TT, protecting the Swedish weapon, war industry, saving Swedish leaders, from being charged as War Criminals as they were at Nuremberg.

NOW TO THE CRUX OF THE MATTER

As soon as my widowed mother came to Sweden as refugee, she launched a complaint of Crime Against Humanity against France. The Swedish Justice Minister who then was living at the same place where we were living, promised my mother her complaint would be taken care of, and she could be sure of getting her material back, which value went into the millions. Sweden was against War Crimes, and her complaint would duly be taken care of.

But time went on, and nothing was done to the loot coming back or even discussed. Herman Zetterberg was busy with alcohol, sex, and drugs, so he had little interest, except for his lip service, in retrieving the stolen plunder. He was also busy in hurling Contemporary History scholar, Einar Aberg, into Concentration Camps, doing so at the order of the Jewish Synagogue in Stockholm. And why?  Because of having quoted a few Bible verses which were felt dangerous for public knowledge. A group of newly arrived eminent Jewish thieves had taken the oath of the American Constitution with its Article 1 dealing on Unlimited Free Speech.

Having taken the oath, they now came to Sweden and Germany  on American military air planes, and stirnly demanded the Swedish and German politicians to implement stringent censorship laws, to which the corrupt politicians, thinking more of their prestige, fame, and money, than anything else, accordingly complied. So Sweden got new censorship laws covering up the former blasphemy laws. Sweden’s  Prime Minister, Tage Erlander, accordingly preached to the Swedes, all was well and fine, for in Sweden none need fear, as Free Speech reigned, and people were now free to think for themselves and express such views without Government interference.

Sweden’s Justice Minister Herman Zetterberg now committed suicide, as did his woman companion, Ulrika Lytkens. I still can remember seeing her sitting on a window frame, threating to kill herself unless her needs were complied with. What came to be was an Orwellian dystopian nightmare society with intrigues, organized assassinations and total confusion.

The Swedish Foreign Office was full of ambitious racketeers, each trying to outdo the other in pleasing Israel, a new state that was created by the Rotchschilds with the help of  Sweden and Emil Sandstrom, a particular easy task after Israel had assassinated Folke Bernadotte.

To cover up France’s War Crimes, the Swedish mafia, now had an utterly corrupt prosecutor by the name of Torsten Jonsson. He now, endlessly kidnapped me without a charge, throwing me into dungeons for abuse and torture. All this while Sweden made secret war deals for weapon sales with various countries. Deflecting from their own War Crimes, I now became a scapegoat and target by the Swedish Industrial War Complex.

The matter of France’s active engagement with War Crimes was put under the carpet. My Philippine wife and myself now were targeted by savage brutes, where she and I almost got killed several times, all with the praise and glory of the Swedish corrupt press which were as corrupt as its leaders.

Now I notice that You Tube has taken over the task of calling me a criminal for bringing attention to a Swimming Pool. This Swimming Pool must not be mentioned in a list of countries.  Interestingly those locations having connections with France’s pirated territories. Curiously enough these plundered territories are  being at the focal attention center.

This is of special interest. My grandfather was an expert photographer and had taken many photos while living in America. He was immensely interested in the people, nature, and architecture. These photographs were included in the items my mother brought to Austria along with art work, silver, and rare items my mother had inherited.

Now, isn’t it peculiar that You Tube’s selection of countries where my material about the Auschwitz Swimming Pool are prohibited to be seen, include the very places where rumours have gone on for years, that French government officials, had taken part of these looted photos  and other items, and given them as gifts to aspiring political members at these pirated territories, and thus gaining their approval?

The You Tube list of prohibited countries to hear about the Swimming pool include the following French pirated areas. There is not ONE of these pirated areas that has a law against mentioning a Swimming Pool, or even a law anything similar to this. Furthermore, there exist no such law in France, nor in Sweden, or anywhere else in Europe. It is a total fabrication, a concoction of Corporcracy, Yahwism, Abrahamism and an avoidance to escape mention about the Pension Fraud Crimes, PFC:

The above You Tube censorship list of places are exactly those places where looted material from my family home are rumoured to have been distributed. Could this all be a coincident?

ditliebradio An appeal to interim Prime Minister of Sweden, Jean-Claude Arnault, about You Tube censorship of a Swimming Pool in favor of Caustology and Holocaust Extortion Cult (HEC)
Loading Comments...
Comment
×
%d bloggers like this: