The incredible filth of Spain’s Prime Minister Mariano Rajoy, Repsol oil company, Barranco Seco, and the stealing from victims of Zionism sanctioned by the State

C283Audio
Repsol and Mariano Rajoy filth, and the stealing from victims of Zionism

On 16 November I felt a strong stench of Repsol type oil. Investigation the source I discovered oil was stuck on stairs and walls. Where it came from was a mystery

The problem with such Luxembourg tax evasion companies as Repsol is the filth they spread all around them. They feel no responsibility of cleaning up from themselves and avoid paying for it through secret Luxembourg bank accounts. Recently the Zionist paper La Provincia had an ad on Norway and oil while they keep secret such photos as the below one. You don’t have to go to Africa for to see such wanton neglect by Repsol and others 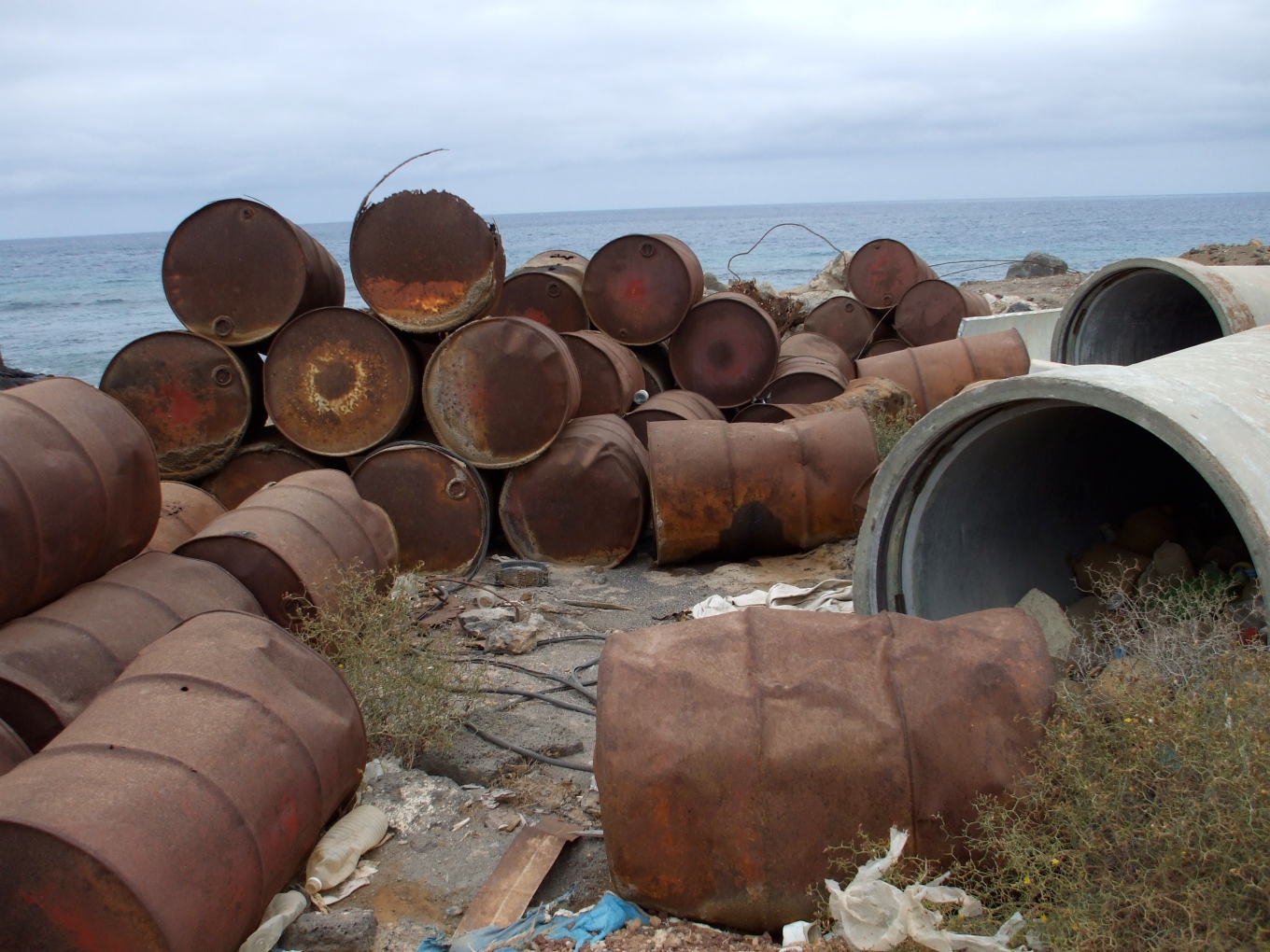 Such filthy companies as Repsol always want to present a perfumed, powdered up clean image of their dirt. Such as this propaganda picture of their headquarters in Madrid, hiding every trace of filth behind glass windows

Here at Barranco Sexo, a notorious Spanish penal Concentration Camp used for various experiments and Renditions, such as the Bush wars against Iraq, Ditlieb Felderer was kidnapped and interned by the Spanish corrupt politicians who furthered the Simon Wiesenthal Mafia gang who falsely claimed that UNESCO was having a special meeting at Barcelona about Ditlieb Felderer supposedly distributing videos on how to kill Islam people. This lie got further dished out by such Zionist papers as La Provincia. No one has been allowed to visit this dungeon, not even the Spanish clergy. Everything is secrecy here 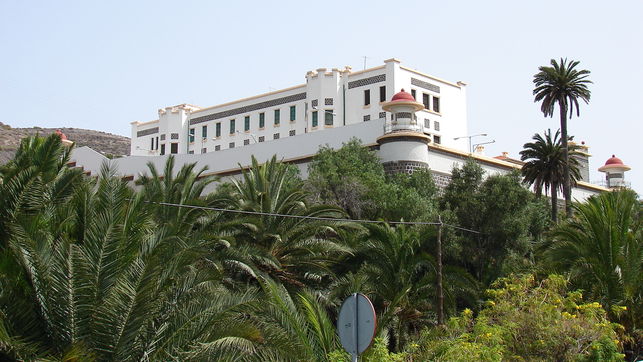 The Zionist paper La Provincia peddled the lie about Ditlieb Felderer in 1993. Here they fabricate fancy tales about Norwegians and their paradise with ‘oil’ by covering up the reality picture through splashy ads of Repsol 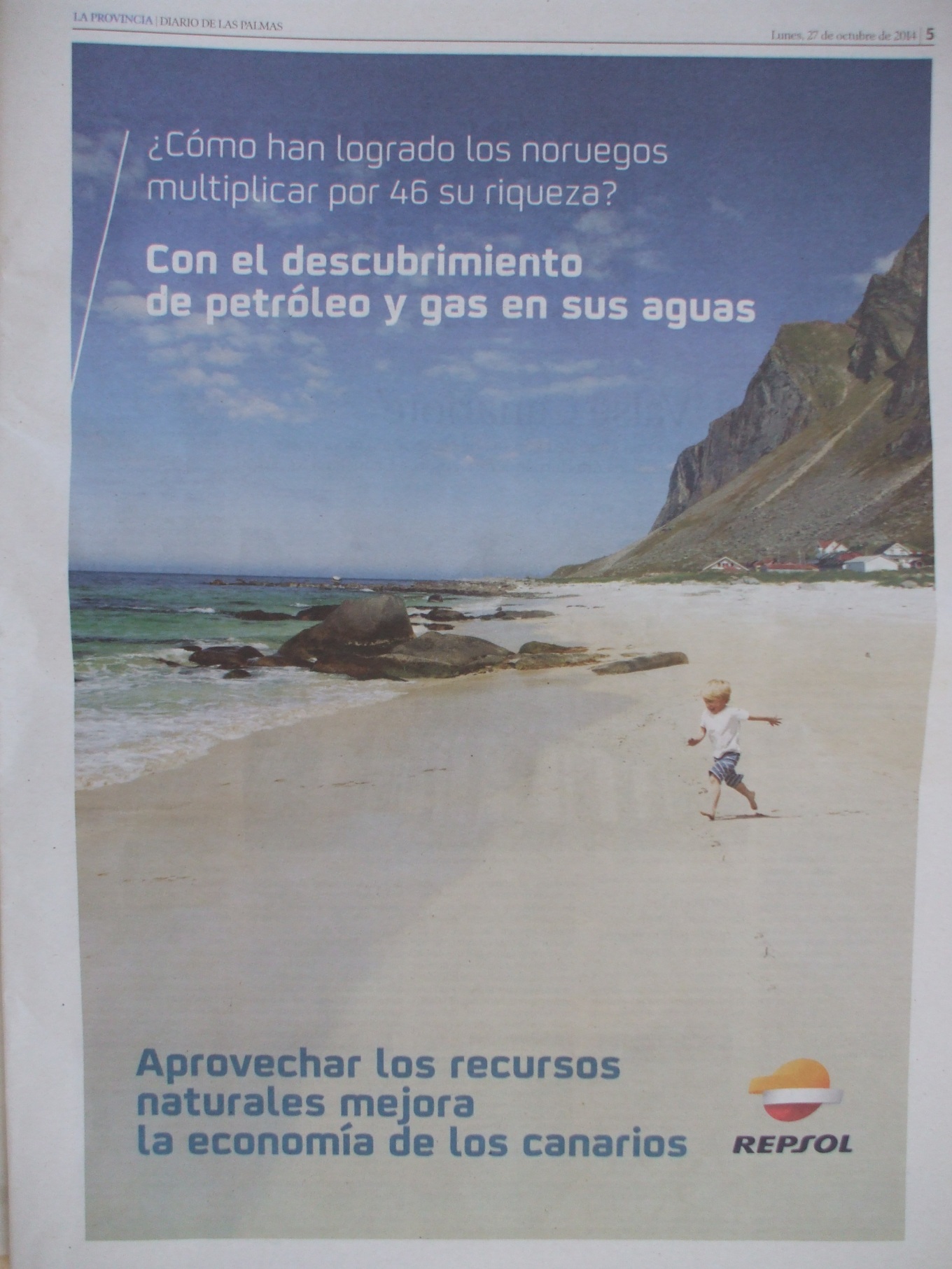 In reality the Norwegians have become an impoverished people both in mind and body after being flooded with petroleum. Here the Norwegians meet on the island of Lanzarote where Repsol is now operating their illegal activities by not asking the people for then to sell the Mariano Rajoy ‘democracy’ dictatorship. Sadly the Repsol stench could not accompany these recently taken pictures of the horrible smell

The leader of UNESCO today, Irina Bakova. The Simon Wiesenthal Crime Syndicate had her staff at UNESCO fooled by claiming a UNESCO meeting at Barcelona was about Ditlieb Felderer. The Spanish corrupt politicians then had Ditlieb Felderer illegally kidnapped and brought for Rendition at the secret infamous torture and experimental Spanish dungeon of Barranco Seco