The Trial was not about who had the largest Tits:

Nor who had the tightest Bikini for the Auschwitz Swimming Pool:

Nor who had the right size Penis which the Jewish God Jehovah approves:

No, it was all about Holocaust and whether the Penis goes up into an Erection to do the job it was meant to do.

THE STATE WITH ITS LAW ENCODED ‘THOUGHT TERRORISM,’ TT, REQUESTED THAT THE PREJUDGED VICTIM MUST BE FOUND GUILTY TO SATISFY THE THIRST FOR RETRIBUTION BY A WRATHFUL GOD WHO DECIDES WHEN HOLOCAUST GOES UP OR DOWN

The plaintiff was Sweden with all its force and Zionist Jehovah Penis worshipers, and Christian Scofieldites who now linked together; all contra Ditlieb Felderer, the accused.

As expected, he verdict was obtained before in one of the greatest prejudged Show Trials ever. The Sweden corrupt State with its world famous corrupt judges, headed by Johan Munck of Hogsta Domstolen, decided as to the prejudged rules set down by the Deputy and his Kahal court. In unison, in remembrance of: ‘United we stand, divided we fall,’ without one daring to disagree what Big Brother already had commanded, the accused was found guilty. He was now to spend time inside Sweden Concentration Camps, punished for stating the Penis goes up into an Erection when whole of Sweden knows the natural forces of Government makes it go down. And that what the Government states is down, must never get up.

During the trial, the State prosecutor, Agneta Isborn Lind, requested for the help of what possible could be an insane professor, a Helmut Mussener. At her side stood two pseudo policemen, corrupt agents, Svante Nordin and Lennart Selin. Both pseudo police helped in falsifying documents  with the help of Fahrenheit 451 Bertil Wennberg. This was done in order to make it out that the Jewish judge, Johan Hirschfeldt would be hidden to have stood behind the false charges and judiciary crime.

The possible insane Helmut Mussener was to show to the court, and Jewish Zionist, pseudo judge, Jan Levin of corrupt Sodra Roslags Tingsratt; that, the Penis does NOT go up into an Erection when cause is called for action. In fear of further discovery, the utterly corrupt pseudo-judge, Jan Levin, disqualified himself for further Witchhunting and Show Trial activities, firing himself from the trial. He thus became the first judge, although a pseudo one, in Scandinavian history to fire himself due to incompetence and corruption.

The possible insane Helmut Mussener, successfully persuaded the prestigious Hybristophilia Sweden court, by demonstration that the Penis does not go up into an Erection when called for. And lo and behold the Zionist pseudo court decided in Helmut Mussener’s favor, and so, the accused was forced inside Concentration Camp for further Witch Trials and Torture.

ALL IS SHOW TRIAL IN SWEDEN AND THE ACCUSED ALREADY IS FOUND GUILTY: Chief Jewish pseudo judge, Johan Hirschfeldt, who was in charge of the character assassination, hat his deputy Fahrenheit 451 Witchhunter General, Bertil Wennberg, one of Sweden’s most prestigious thugs; together with police hooligans and Book Burners, Svante Nordin, and Lennart Selin,assist in the Murder Incorporated operations of committing Crime Against Humanity, all in order to cover up the Pension Fraud Crimes, PFC.

AGNETA ISBORN LIND AS BB AND PBB: The Sweden State pseudo prosecutor, Agneta Isborn Lind, is world famous as one of the most prestigious Pure Book Burners and Fahrenheit 451 operators in the world.

END JUSTIFY MEANS. BIBLICAL PRINCIPIUM NOW STATE PRECEPT. JEHOVAH THE CONSUMING FIRE—Hebrews 12:29. The modern State has taken over the old Church principium that the State has to persecute and burn out of saving souls and to continue on the Wrath of God Doctrine, that to please him fires have to be kindled to extirpate the Sins of man.

EXTERMINATIONISTS ARE ACCUSED OF ‘KLEPTOPHILI’, THE PROCESS OF BEING SEXUALLY AGITATED (Swedish: sexuellt upphetsad) BY STEALING, SEEING IT DONE, READING ABOUT IT AND HEARING ABOUT IT

Thus, Agneta Isborn Lind, Helmut Mussener and Jan Levin are seemingly intrigued by God’s Chosen People appeasing the Wrath of Jehovah, the God of stealing and Genocide against the Canaanites in the Conquest of Canaan, and today Palestine and Gaza, as so lucidly expressed in Deuteronomy 6:10, 11.

Both Helmut Mussener, Jan Levin, and Agneta Isborn Lind, are, accused of Holocaust Frotteurism and Holocaust Hybristophili or Hybristophilia. Hybristophilia infers being sexually magnetized to criminal persons, and as proof of this the Deputy assassination threat call below is given (C150Audio), along with their assisting with the modern Genocide conquest of Israel of Palestinians and Gaza, so well expressed in Deuteronomy 6:10, 11. This Wailing Wall-Dacryphilia must continue till the conquest of Euphrates to Nile has been accomplished.

They have also been accused of Wailing Wall-Dacryphilia, the sexual attraction of seeing people weep, wail and scream at the Jerusalem Wailing Wall. 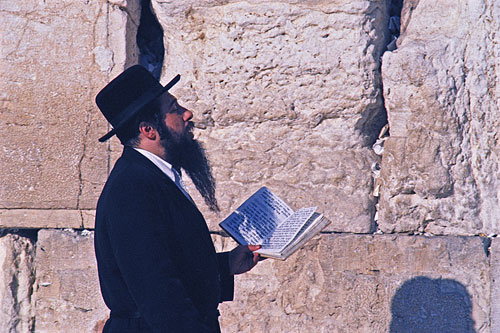 WAILING WALL-Dacryphilia is the obsessed urge of sexual pleasure of seeing and hearing people weep and wail at the Jerusalem Wailing Wall. All Thought Terrorists, TT, such as Jan Levin, Helmut Mussener, and Agneta Isborn Lind are warm Skirthangers hanging onto the Olah-Holocaust Cult.

Observers of Sex leanings have also noticed the obsession of Pyromaniac obsession and some investigators even claim that all such sexual preferences mentioned above, have latent Pyromaniac urges. This becomes manifested in Book Burning, Acts 19:19, 20. The text here in fact says that thanks to such Book Burning the holy faith Judeo-Christianity went on increasing!

Indeed, the Jewish Tribal God Jehovah, meaning the wrathful Mighty and Erect Penis in the Sky, is himself accused of being a Pyromaniac God for having created Hellfire, Purgatory, and hellish Guilt and Sin. The Thought Terrorists and Skirthangers are thus but an image of their Holy Father in Heaven (Numbers 15:37-40; Zechariah 8:23).

Deputy to Sweden Zionist Rabbi, Morton Narrowe, threatens with court and assassination in a secret call to Ditlieb Felderer which was recorded, telling Ditlieb Felderer he is prejudged, already found guilty even without a Show Trial:
C150Audio
Language: Swedish, MP3, Time: 52 Seconds

WHAT IS THE DIFFERENCE BETWEEN HARD-CORE ‘PURE PYROMANIAC’, PP, AND WORD ‘PYROMANIAC’? A ‘Pure Pyromaniac’ gets sexually excited by burning books, and hence is a Book Burner, BB. A ‘pure pyromaniac’ is similar to a PBB, Pure Book Burner, who gets sexually agitated, excited by burning literary matter including photos, certificates, birth certificates, marriage testimonies, love letters, funeral speeches, orations, etc. A ‘pyromaniac’ gets sexually hot by burning farms, animals, even human beings. For a Pyromaniac, fires acts like Masturbation. It drives him onto further heights of burning crimes just as it did to Joshua in the Bible and his horde of Pyromaniacs.

C150Audio
Language: Swedish, MP3
Ditlieb Felderer is told in Swedish by the deputy to Rabbi Morton Narrowe that he is already a guilty man for the coming Censorship Fahrenheit 451 Book Burning trials:

COMING SEX PERVERSION STUDY:
Sexual perversion within Exterminationism, Wikipedia, and the Holocaust Extortion Cult with a full table of sex madness and perversions in word and picture, fully illustrated for all ages.
Just as there are phobias there are stimilus for sexual appetites and Auschwitz and Birkenau stand at the center.