THE SMELL DOCTRINE AND AUSCHWITZ

THE SILLY SMELL DOCTRINE AS SILLY AS TITS ON A BULL
If the SMELL from burning bodies which wasn’t there, went all the way to Hitler in Berlin, how far would the smell of Auschwitz huge Kitchen go that was there? All to the South and North Pole? 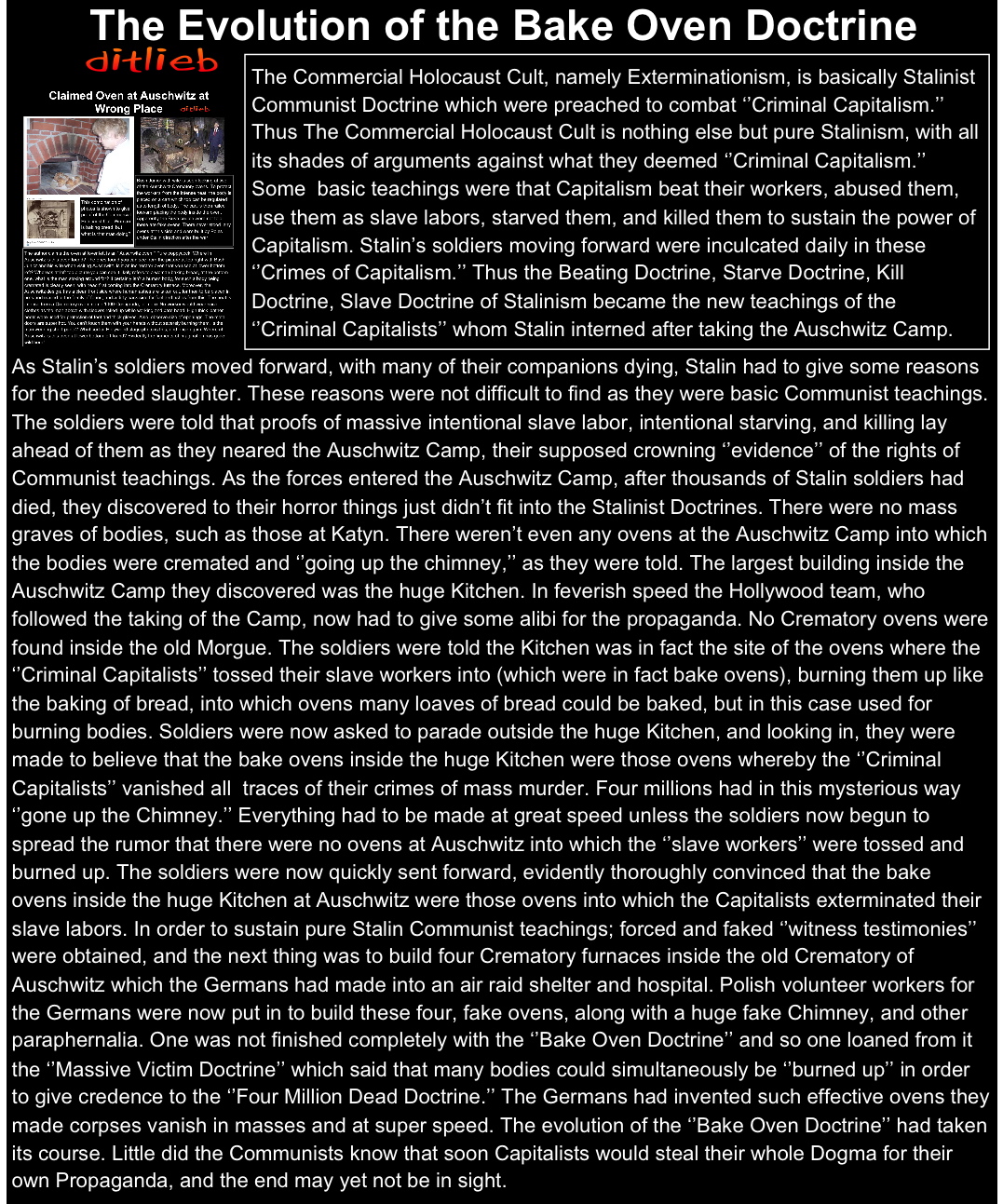 C18Audio
Alleged ‘Nazi Survivor’ calls in to WJW850, Cleveland, Ohio, Talk Show, with Zionist host Merle Pollis. Alleged ‘Nzi Survivor’ felt something in her nostrils. Could it have been the delicious smell from the baking of bread coming from the largest building of the Auschwitz Relief Camp, its huge Kitchen.
Language: English, MP3, Time: 39 Seconds