SMELL DOCTRINE, CLASHING WITH THE ‘SECRET DOCTRINE,’ AN IMPORTANT DOCTRINE OF THE HOLOCAUST EXTORTION CULT

While the Smell Doctrine is being taught

at the same time

they garble out the No Smell Doctrine

It was the Dean and Father of the Holocaust Extortion Cult, the HEC Cult, part of the corpus of Exterminationism, that begun do dabble about smell so potent and horrible that it could be smelt for hundreds of miles away from the ‘mass death places’. Thus, at Auschwitz, it virtual permeated as far as Berlin, so that not even Hitler could avoid getting the stench into his nostrils.

In this short segment of a talk show between Ditlieb Felderer and Merle Pollis on WJW850, on 23 September 1982, a woman avows that the stench was all around Buchenwald or Auschwitz. When Ditlieb Felderer inquired with the local citizens who had lived at the time and who were there, the only smell they could tell came from the huge Kitchen at Auschwitz Recreation Sport and Relief Camp. The delicious smell just couldn’t be avoided, and the baking of bread each day made everyone hungry and wish they were inside to enjoy it.

Even Stalin couldn’t avoid the delicious smell from the Kitchen, the largest building inside the camp. So in order to hide it, and sell his Starve Doctrine against Capitalism, he had the whole Kitchen painted over from white to black. Seems a bit like the pig Napoleon affair in George Orwell’s Animal Farm, doesn’t it.

So what then, was this woman smelling? Her figments of imagination? Or her own body stench which denied her washing due to Sabbatical laws?

THE REAL SMELL THE ALLEGED ‘NAZI SURVIVOR’ WOULD HAVE SMELT WAS FROM THIS HUGE KITCHEN, THE LARGEST BUILDING INSIDE THE RELIEF CAMP AND WHERE SHE MIGHT HAVE VOLUNTEERED FOR WORK. THAT IS, UNLESS SHE WAS HELPING THE JEWISH SONDERKOMMANDO OUT IN KILLING THEIR SIX MILLION JEWS INSIDE STALIN’S HOLY SHRINE 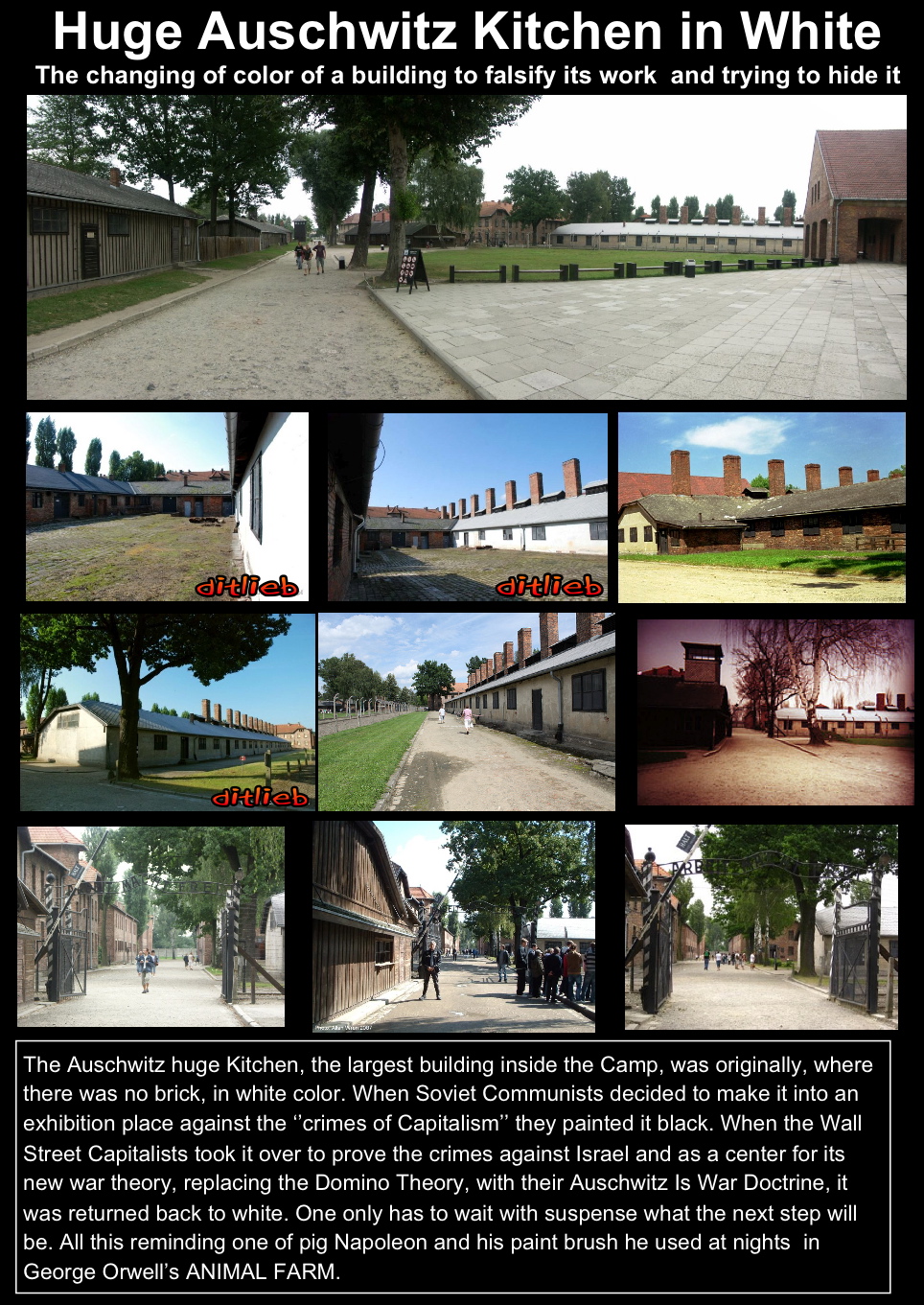 Stefan Szende, the Father and Dean of Exterminationism, the Holocaust Extortion Cult, was the first to really invent the Smell Doctrine