The originators of the Holocaust Extortion Cult which Wikipedia have done their best to hide from you. An none of them mentioned the word ‘Holocaust’

Here are the men Wikipedia seeks to hide from you 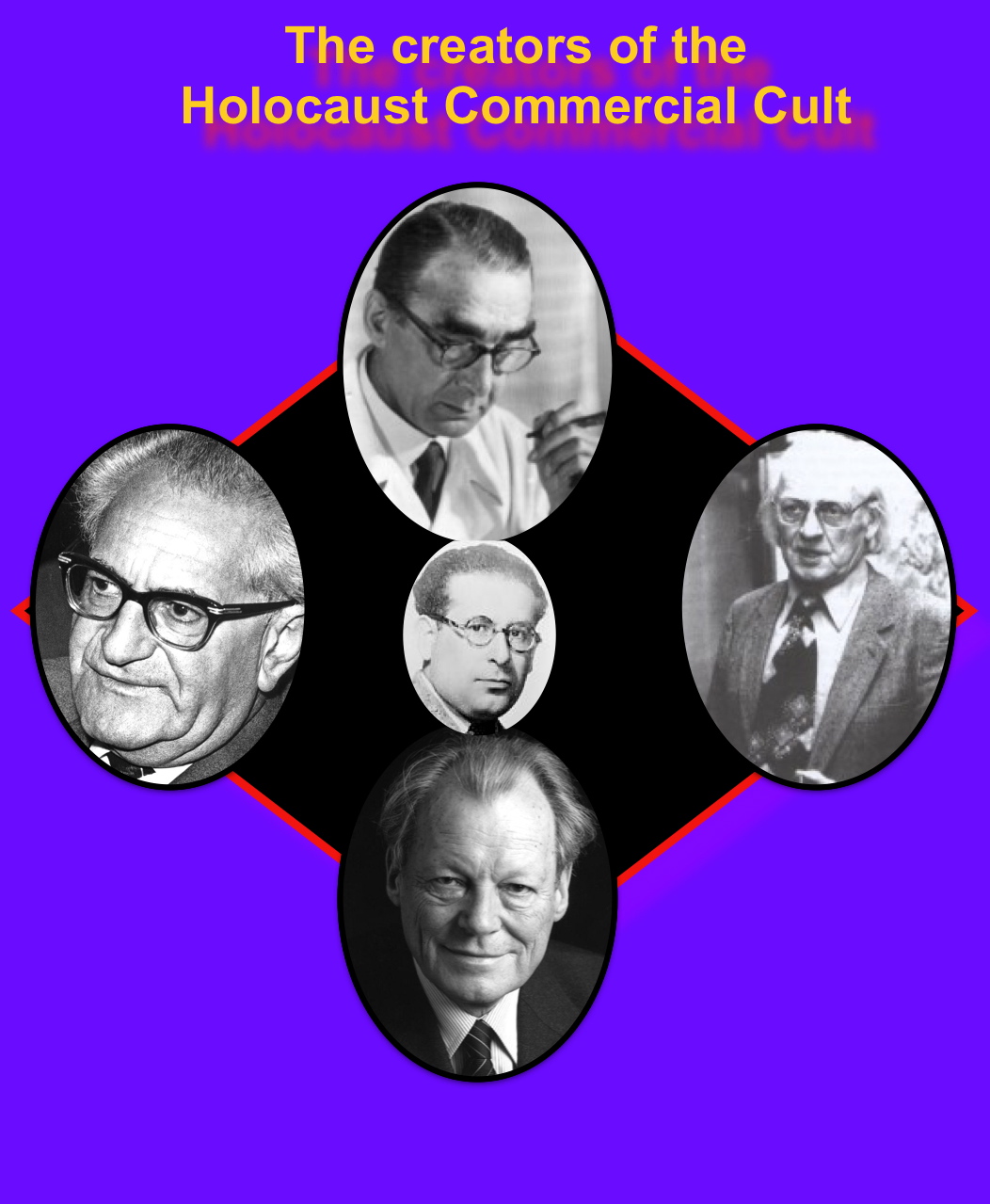 Have you ever heard the Father, the Dean of Exterminationism, the HEC Cult? Stefan Szende?

Here you can read how and why Wikipedia seeks to cover-up the Pension Fraud Crimes (PFC) from you.

Little wonder why Wikipedia Zionist ‘history writers’ keeps its history writers so secret. That would let the cat out of the bag showing that the industrial ‘Holocaust’ is nothing else but the predatory art of stealing money from you for Pension Fraud Crimes (PFC) in order to keep the loot stealing work a mystery for you.

Ditlieb Felderer, who for years has brought out detailed information on how the gigantic Holocaust Extortion Cult was made is such an evil person by Wikipedia’s ‘holocaust writers’ he isn’t even mentioned by name although he was with it from the start. Just look up ‘Holocaust Denier’ in Wikipedia. There names are mentioned, none of whom fit into the description Wikipedia pontificates about. It is evident all these articles stem from one source: from the Holocaust Extortionist Cult themselves. This isn’t information! This is propaganda for a specific Cult to loot the public both from money and knowledge!

You can read more about this at: http://ditlieb-history.com

ditliebradio The originators of the Holocaust Extortion Cult which Wikipedia have done their best to hide from you. An none of them mentioned the word ‘Holocaust’
%d bloggers like this: