The fact of the ‘Holocaust’ no one wants to talk about: The Political interests of its promoters
The originators of the Holocaust Extortion Cult never used the word ‘Holocaust’.

THE FATHER OF THE HOLOCAUST EXTORTION CULT WAS STEFAN SZENDE
Was this because they were all Leftists? Or was it because the term ‘holocaust’ had not yet been invented for this Cult?

And by inventing a Phallic sex word ‘Holocaust’ for this Cult they ended up with making fools of themselves. 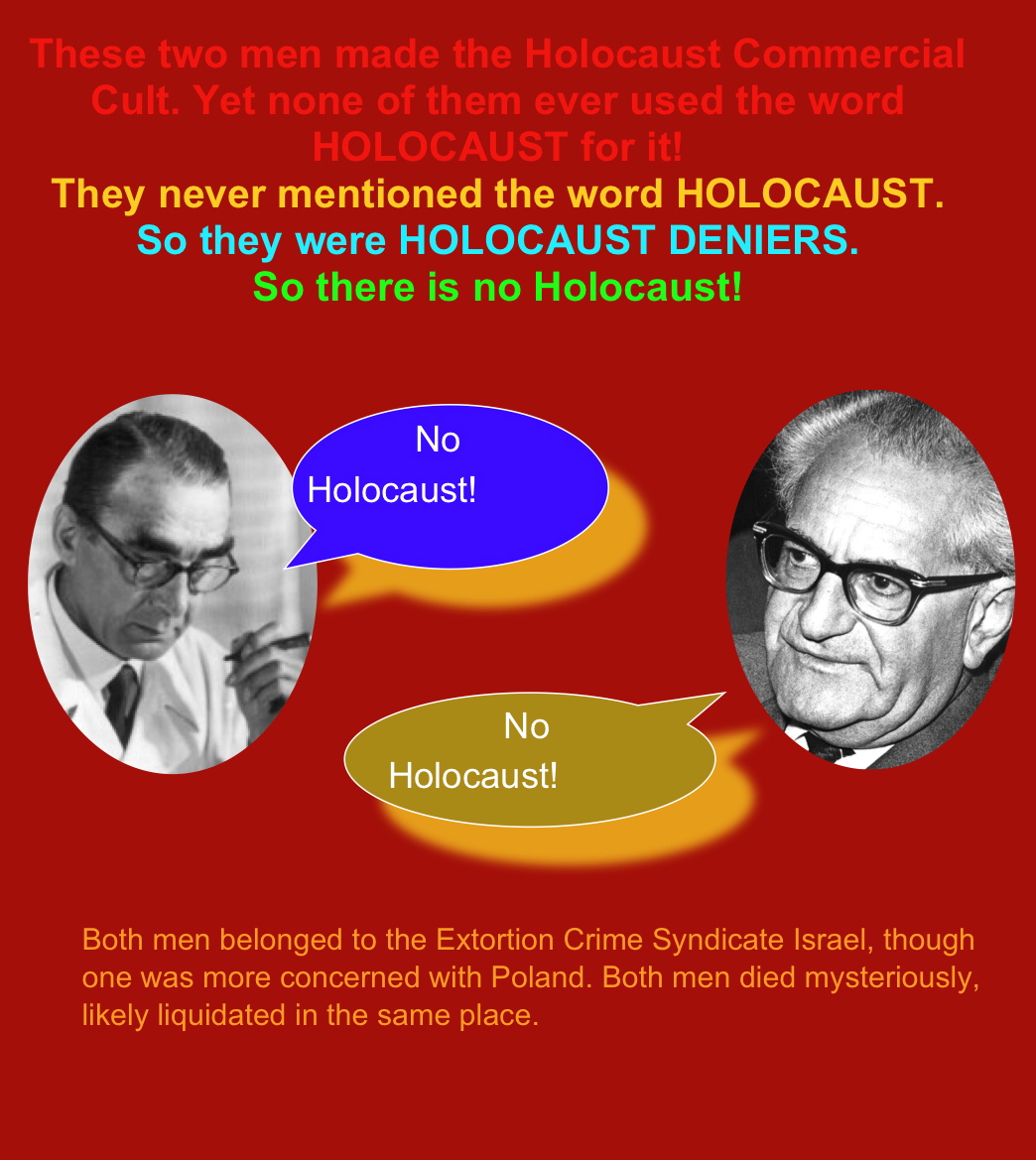