Navi Pillay of United Nations at Auschwitz Vomitorium and how she was deceived. Here are the facts that should open our eyes.


How to Manipulate the masses 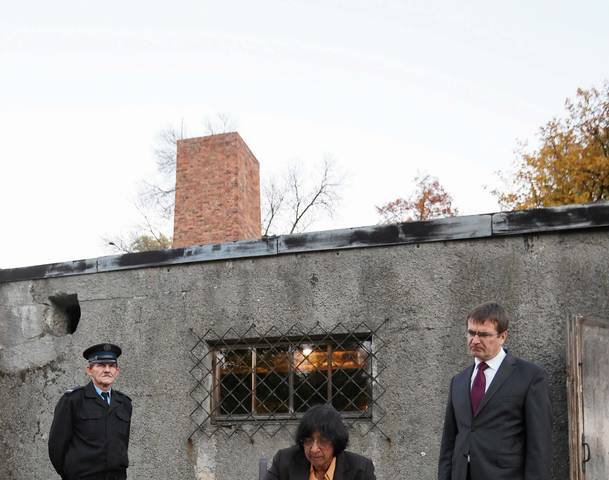 On October 13, 2013, Navi Pillay of United Nations visited Auschwitz Vomitorium. She is sitting down writing being watched by Schuster of Auschwitz Vomitorium. Behind her is Stalin’s Holy Shrine that Stalin fabricated in order to hide, cover up his War Crimes and Crimes Against Humanity, such as the Katyn Massacres of the Poles where thousands of Poles were assassinated.

Did Navi Pillay know that Stalin’s Holy Shrine had been totally manipulated to suit his Four Million Martyrs Doctrine, reaching at times up to Six Million Martyrs?

Netanyahu’s Israel spin of Antisemitism and the scam for Pension Fraud Crimes (PFC). Here are the proofs, the Smoking Gun!

1. DOOR. The door, badly visible at right, possible for intentional reason, is, the Corpse Door. It took some 60 years for Stalin’s Gallows Door Doctrine to change and make this door the new entry door for the 6 million Martyrs. Prior to this it was pontificated and the ‘Gospel Truth’, that it was the Gallows Door from which the Martyrs supposedly entered. If you disagreed you were sent to the Stalin Gulags.

The door is hardly visible but secretly a new door was put in and the old one taken off, some time before the English Prime Minister, Gordon Brown, on 28 April 2009 visited the Auschwitz Vomitorium, where the new door can be seen. The Director at the time the fake alteration was made was Piotr Cywinski.

TWO DIFFERENT DOORS YET AUTHENTIC! THE DOOR WHICH NOW IT IS CLAIMED STALIN’S 6 MILLION MARTYRS ENTERED INTO. Britain’s Gordon Brown is seen leaving the Stalin Holy Shrine ‘gas chamber’ together with wife Sara seemingly seen crying, on 28 April 2009. It is like a pig Napoleon of George Orwell operation of Animal Farm, doing his covert paint jobs when all are sleeping.

The important lock and the peephole are not seen in the picture but Censored off. The original door which Stalin found when entering had NO peephole. The new door was secretly put in by Piotr Cywinski of which was kept occult so the Media never reported about it.

2. PEEPHOLE: The peephole of the door can not be seen. The original door had no peephole but was put there by Stalin. Below is the PEEPHOLE door, the Corpse Door, which Stalin put in as a Relic, using a PEEPHOLE to fool the Pilgrims. This door was then secretly changed by Piotr Cywinski, putting in yet another ‘authentic door’. Where this peephole door, which ought to be a historic relic, has gone, no one seems to know. Nor do we have the door which was there when Stalin entered the Hitler Nazi Relief Camp.

3. LOCK: The Lock can not bee seen as it is out of range of the picture.

4. CHIMNEY: At the left is the huge fake Chimney. It serves no purpose at all except for faking the Pilgrims who come there. It has no heat channel to the four ovens inside the building. Only Santa Claus could have use for such a crazy chimney to hide his gifts. 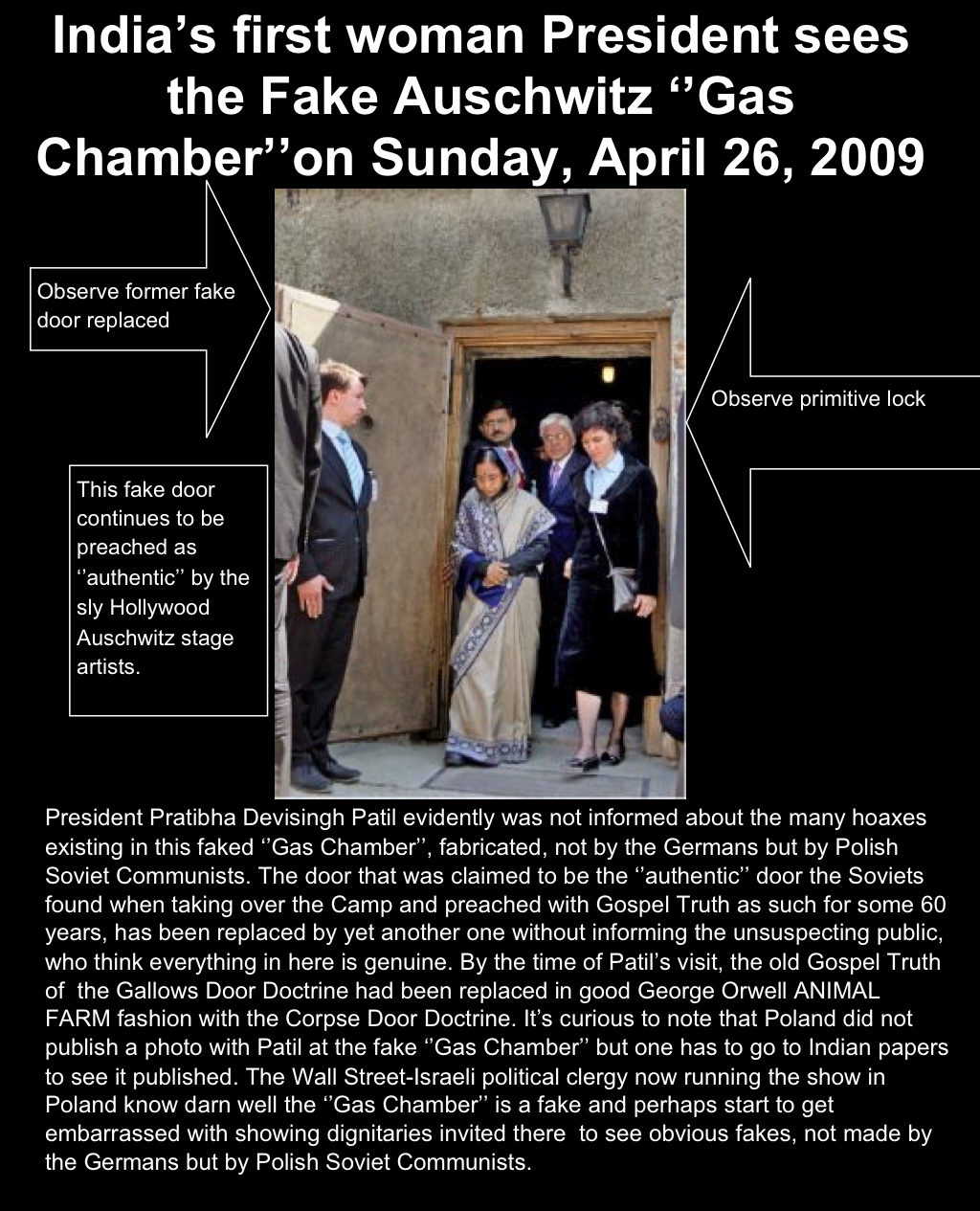 TWO INFALLIBLE HOLY DOCTRINES EACH ONE CONTRADICTING THE OTHER ONE: THE GALLOWS DOOR DOCTRINE AND THE CORPSE DOOR DOCTRINE

5. OVENS: Whatever ovens these are they can’t be used for cremation and never have as there is no heat channel for any of them. Thus not even a little mouse could be cremated inside them. Bush junior and wife is seen inside Stalin’s Holy Shrine with its false Relics on 1 June 2003, to boost his Iraq war with the help of the Auschwitz For War Doctrine. 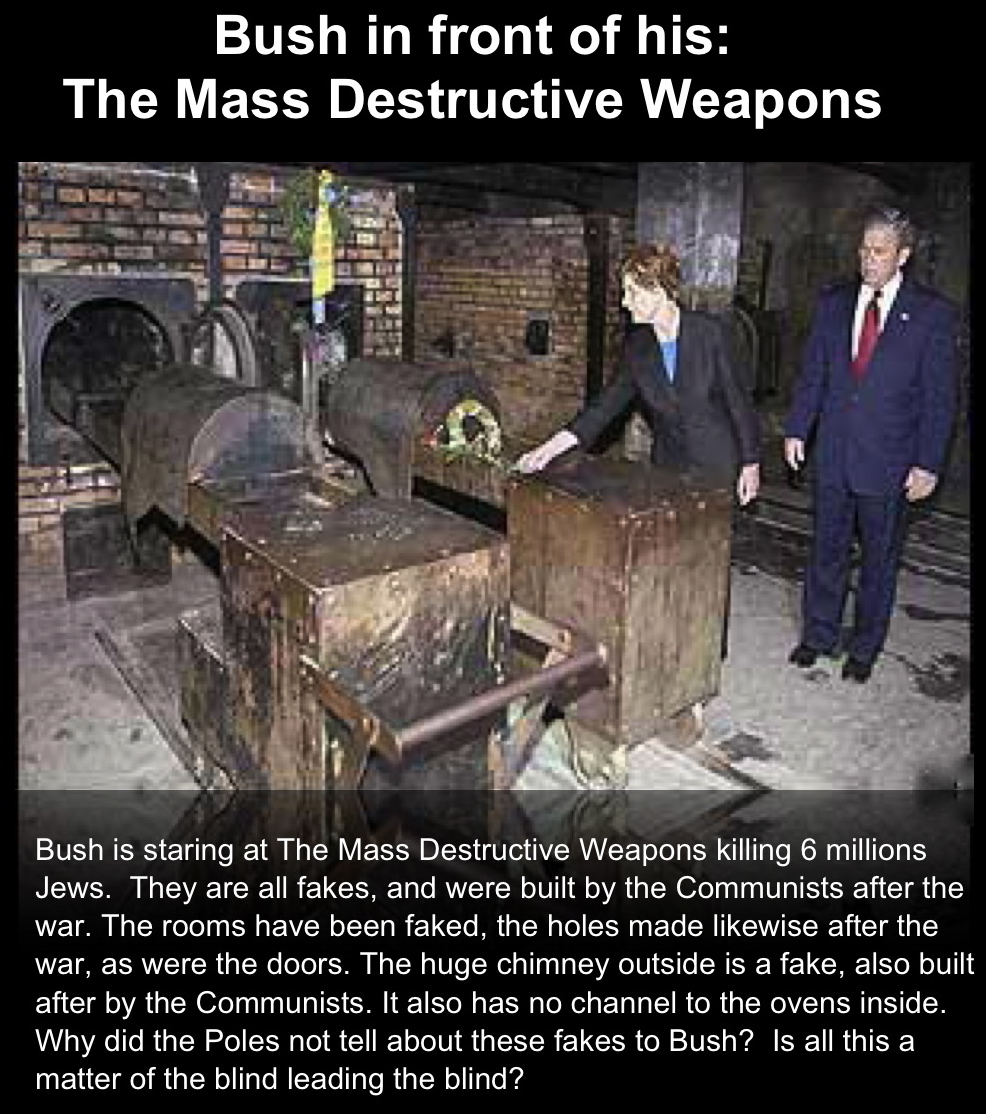 OUT OF VIEW: To the right the SS Hospital with numerous windows and workers such as Brandhuber, Czech, Langbein, Smolen, Szymanski, and a host of others. Yet no one saw, heard, or smelt anything strange. All these Stalin workers were former Nazi collaborators. 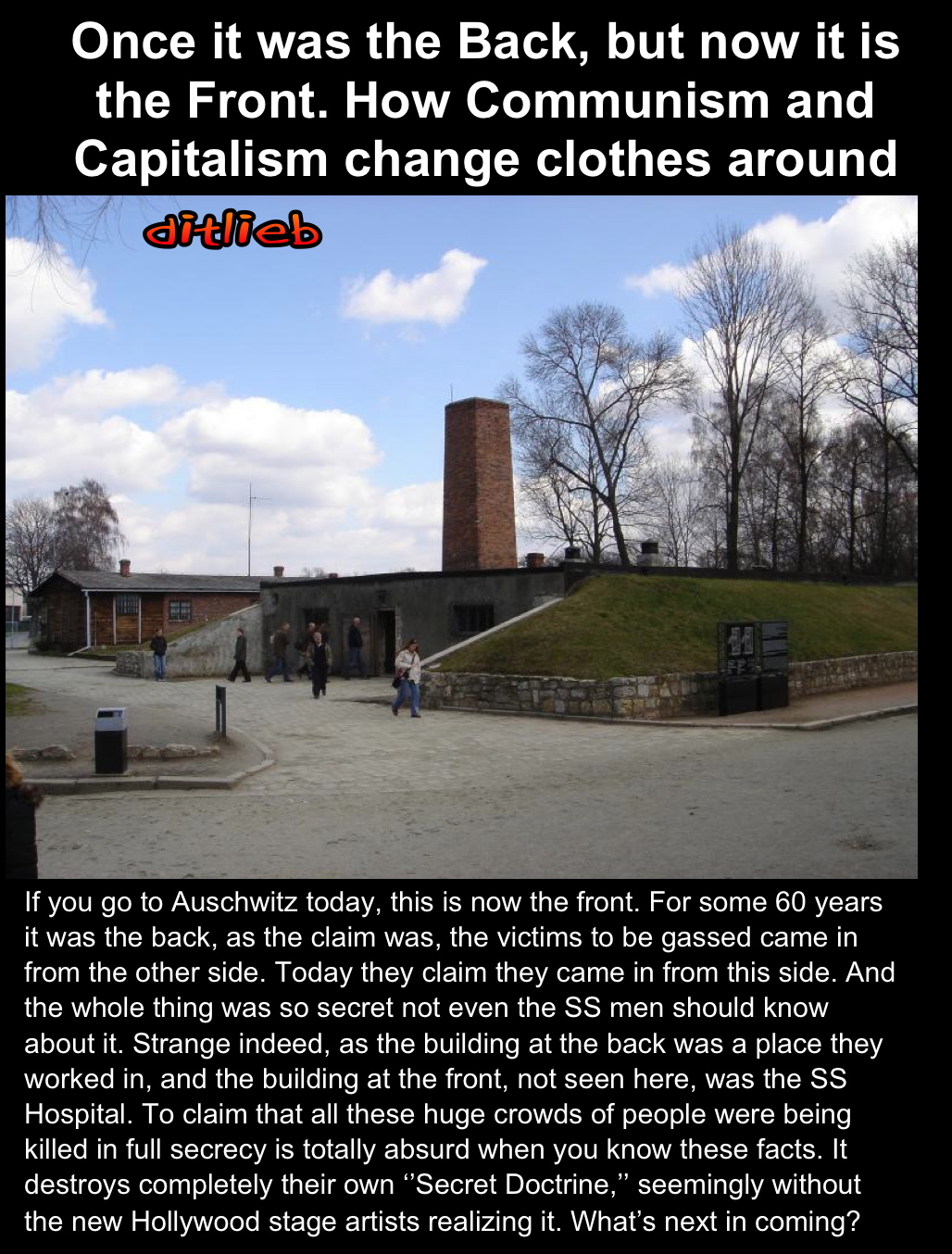 To the left is the carpenter building and sewing school, entertained by Reliefers and people of Auschwitz town. There is also the garden Jehovah’s Witnesses worked at using the flowers to decorate Auschwitz Relief Camp. Stalin could not use Jehovah’s Witnesses for his propaganda so he sent them to his Gulags.

This important historic picture above showing Madam Navi Pillay before Stalin’s faked Holy Shrine was later suppressed after we pointed out the glaring fakes to the public. An interesting question is: Why did Piotr Cywinski use this place for Madam Navi Pillay signing a book? Or, was the place chosen without him knowing?

EXTERMINATIONISM IN A REAL PROBLEM AND A MESS: Navi Pillay asks people to visit the place. But that’s exactly when problems will begin when people visiting it may also see the Swimming Pool, the Brothel, the huge Kitchen, the Theater, the Maternity Block 10, the Cinema, the Library for the Reliefers, the various educational schools such as the photography school, etc. And did you know: The people of Auschwitz were encouraged to come inside the Relief Camp to see how beautiful and well it was! All while the Jewish Orchestra played the Auschwitz Waltz and other music!

The American educator and historian Henry Adams who published the famous book in 1907, The Education of Henry Adams, warned to be taken in by con men who are always ready to swindle us. He said and we agree: Beware! Or you be yet another sucker taken in. 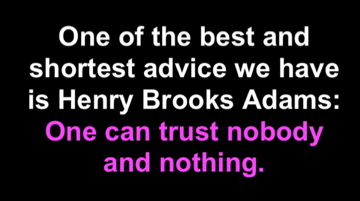