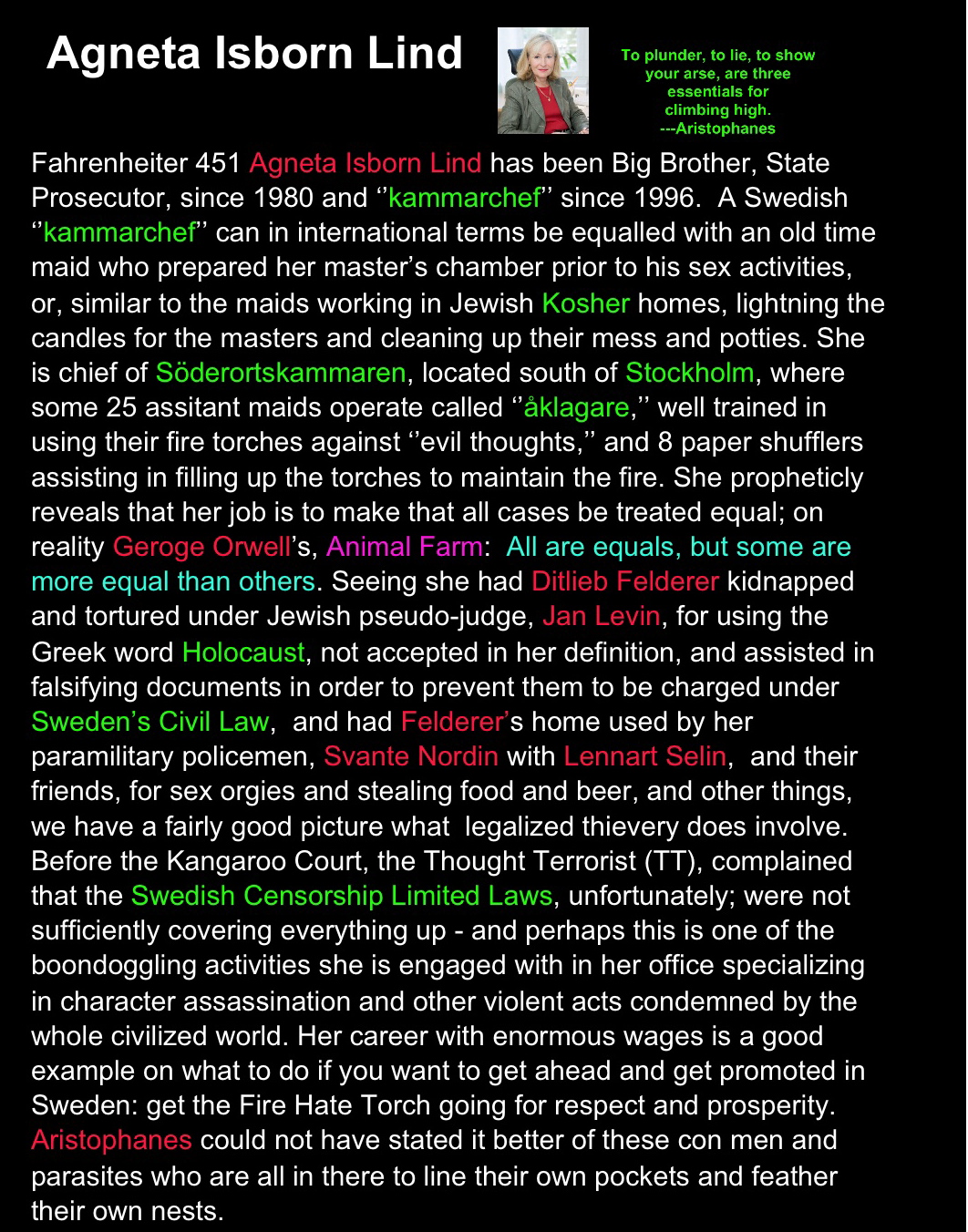 SWEDEN AND ITS PROBLEM OF VIOLENCE, TOTALITARIANISM AND MOB RULE

1. She makes huge money in lying for corrupt politicians and landed a prominent post where she carries out her crimes.

2. In her zeal for fame and power she became the first person in the world asking for that a person be tortured and mishandled because her interpretation of a word was better, and let her Jewish friend, the pseudo-judge, Jan Levin, handle the Witch Trial, very similar to old Lynch Trials.

3. She stole thousands of family records, cartoons, and personal family photos for her thirst of reaching the opulent places in Sweden.

4. After kidnapping her victims she has a sick Psychiatrist handle the case, such as Lars Naimell, who later was found out in sexually molesting patients and his deep drug problems. Some of Lars Naimell’s patients even were to have died. Her friend in arms, the Jewish pseudo-judge, Jan Levin, conspired with her in her criminal acts.

To plunder, to lie, and to show your arse, are three essentials for climbing high.—Aristophanes

An Assassin of the Agneta Isborn, Lennart Selin, and Svante Nordin Crime Syndicate telephones Ditlieb Felderer stating he and others will be assassinated:
Language: Swedish, MP3, Time: 21:56

Charges of ‘Crime Against Humanity’ and other charges are laid on Jan Levin, Agneta Isborn Lind, Svante Nordin, and Lennart Selin. Should you see these wanted criminals outside of Sweden you are to call the police. In Sweden the Crime Syndicate protects such hoodlums from all criticism.