LET’S STOP THE QUACKERY. THE CHARLATANS AND SWINDLERS WHO MADE THEMSELVES ‘EXPERTS’. Here is the Lock which the maggot brained Holocaust Deniers (HD), quacksalver Thought Terrorists (TT), the Three Stooges: Richard Evans, Peter Longerich, Robert Jan Van Pelt, and Seditionist Christopher Browning charlatans built their ‘expert opinion’ on and had us thrown into Concentration Camps, debased and tortured, by deliberately cheating the Court in making it believe their fake was genuine 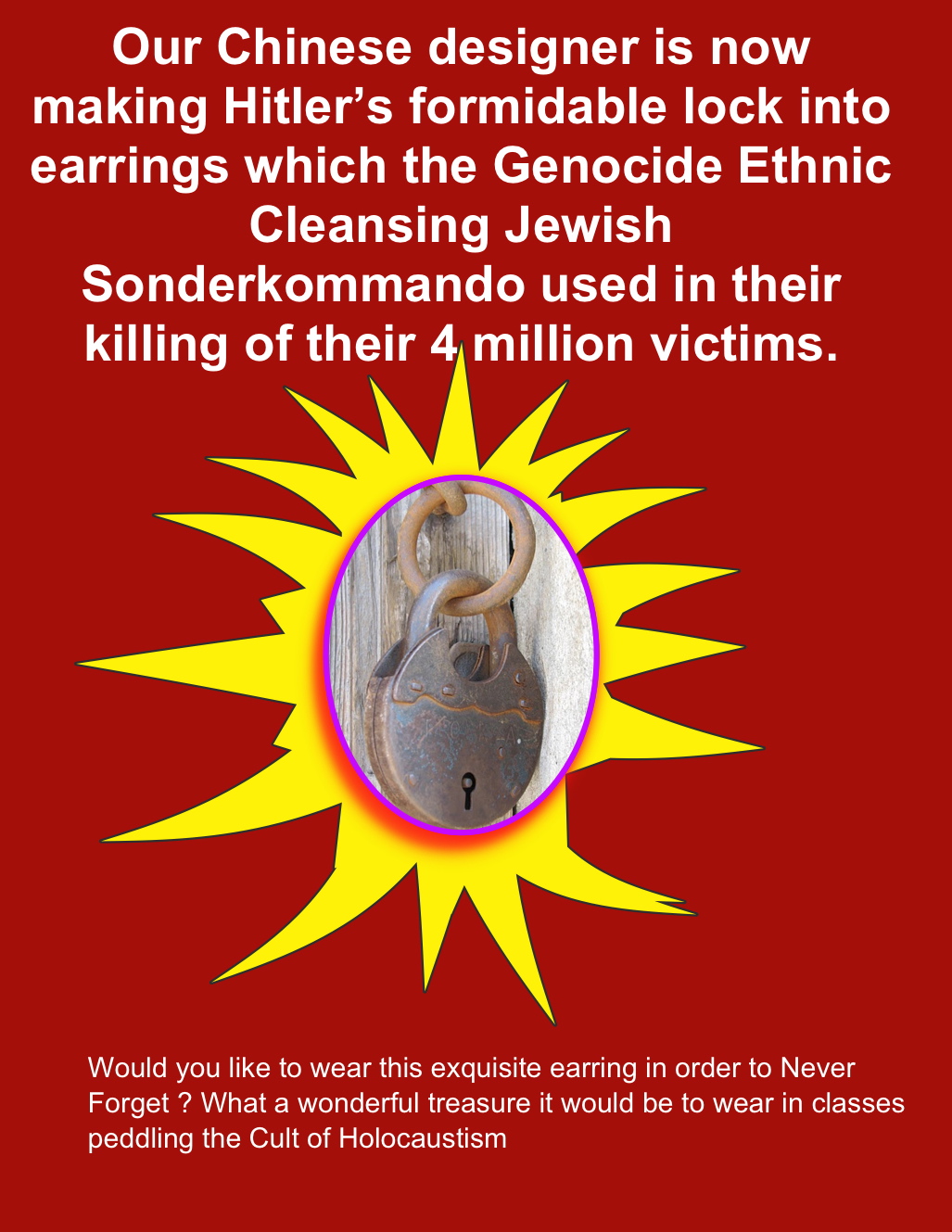 It is obvious that these Thought Terrorist (TT) hooligans which Courts use in their Show Trials against investigators of history never spent one second of investigation time. They couldn’t even detect the above fake lock used in Stalin’s Auschwitz Vomitorium to fool the Pilgrims.

And what shall we say of the Auschwitz Swimming Pool? To them it was just some kind of a baby splash pond where water was when the huge water tank was all up there for even the simplest idiot to see.

HD and TT Peter Longerich was never in contact with either Ditlieb Felderer or his Philippine wife. So how can this clown be an expert?

If you want to join in with the work in showing the extent of charlatanism within our Universities today and the Media goons, join in with the project. Carry this as T-shirt, as earring, as a sign to put on your clothes, as a flag to wave, etc. In that we we all help in exposing these racketeers