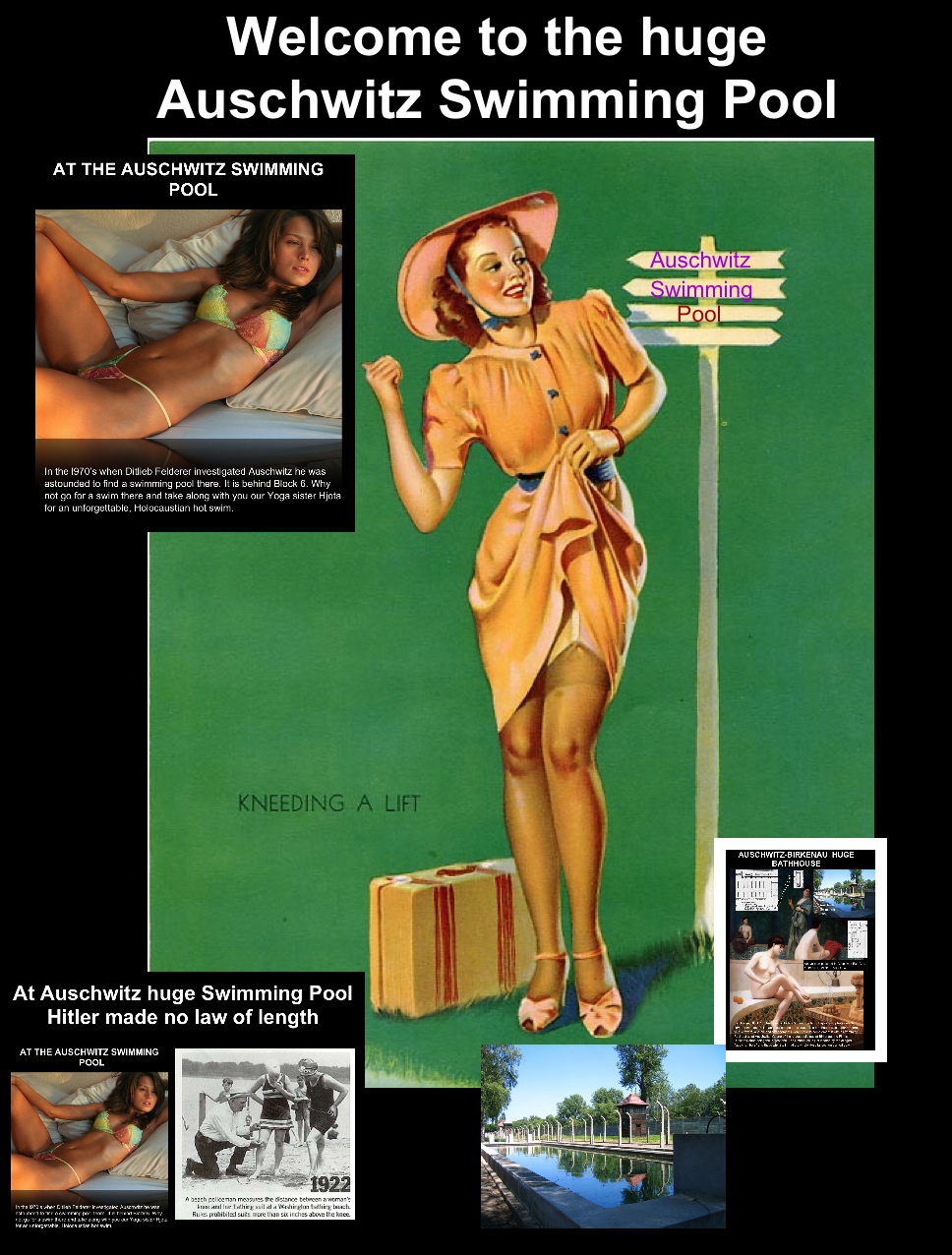 The Auschwitz Swimming Pool proves the Holocaust Extortion Cult, the HEC Cult, false, and puts those in denying as Holocaust Deniers

And DENYING for what reason? For financial gains. To cover-up the Pension Fraud Crimes (PFC)

Our work on Swimming and using a pool is continuing while a shift is noticed away from Stalin’s Holy Shrine describing it a place where more than 4 million anti-Capitalist Martyrs died, mostly by gas, Zyklon B, with the whole killing operation handed by the Genocide Ethnic Cleansing Serial Killing Sicarii Jewish Sonderkommando.

Of course, we do not forget Stefan Szende’s original claim that it was in some sort of a swimming pool, some kind of a water tank, that some 5 million died. But the place was Belzec not Auschwitz.