The whole family of Ditlieb Felderer had fled to Italy almost dying as they fled as an unexpected snow storm almost finished the family off. Ditlieb was smuggled inside a basket used in carrying wood and carried on the back of a smuggler, the only way to escape capture. His two elder sisters walked, the snow coming up to their knees. Only at the last moment they saved their life by discovering a hut used by goat keepers in summer. They were now over 3000 meter high in freezing cold.

The family had left their home at Innsbruck in Austria. This home was now taken over by two French Jewish Generals who started carting off everything inside the home, putting the stolen loot onto army trucks for to be brought to France. Paintings, family photographs, furniture, kitchen utensils – yes all was stolen by the two Jewish Generals. The mother of Ditlieb Felderer had brought her whole inheritance from Sweden, much which had been brought from Norway, the original home of Felderer’s mother.

After repeated failures to escape Italy, as the father had now died, they finally came as refugees from Italy in 1949.

The mother of Ditlieb Felderer now made a charge against France and the French Generals. This act of looting was against the Geneva Conventions, and today goes under as War Crime and Crime against Humanity.

Sweden promised to pursue the case, and make France give back the stolen loot. A lot of promises, but nothing happened. Where all this material has gone, no one seems to know. Perhaps to ‘Israel’?

Mr. Francois Hollande and Manuel Valls are now in midst of a Sex scandal, involved with hurling accusation charges against Dieudonne, accusing him of ‘Antisemitism’. Hence, this is but a continuous effort by the French politicians to cover-up their War Crimes and Crimes Against Humanity.

This appeal is made to make France give back the stolen loot and acknowledge the crime its officials have conducted against innocent people.

AUSCHWITZ FOR WAR DOCTRINE: Today France has changed its Domino Theory or Domino Doctrine, for the Auschwitz Is War Doctrine, or Auschwitz For War Doctrine. This Doctrine makes it possible for France to re-colonize Africa and once more steal its riches, much used for nuclear energy and war. Its new Auschwitz For War Doctrine has made it possible to engage in Iraq, Egypt, Libya, Syria, and Afghanistan, while at the same time enforcing heavy Censorship upon its people on basis of the Holocaust Extortion Cult and its work to obtain benefits and extort money via its Pension Fraud Crimes (PFC). This has helped in covering up past War Crimes and Crimes Against Humanity as mentioned above. By means of claptrap and tomfoolery, deflections are made to cast attention away from its State crimes. The latest of such being the recent Francois Hollande Sex scandals.

Below an illustration of the new Auschwitz For War Doctrine replacing the Domino Doctrine. 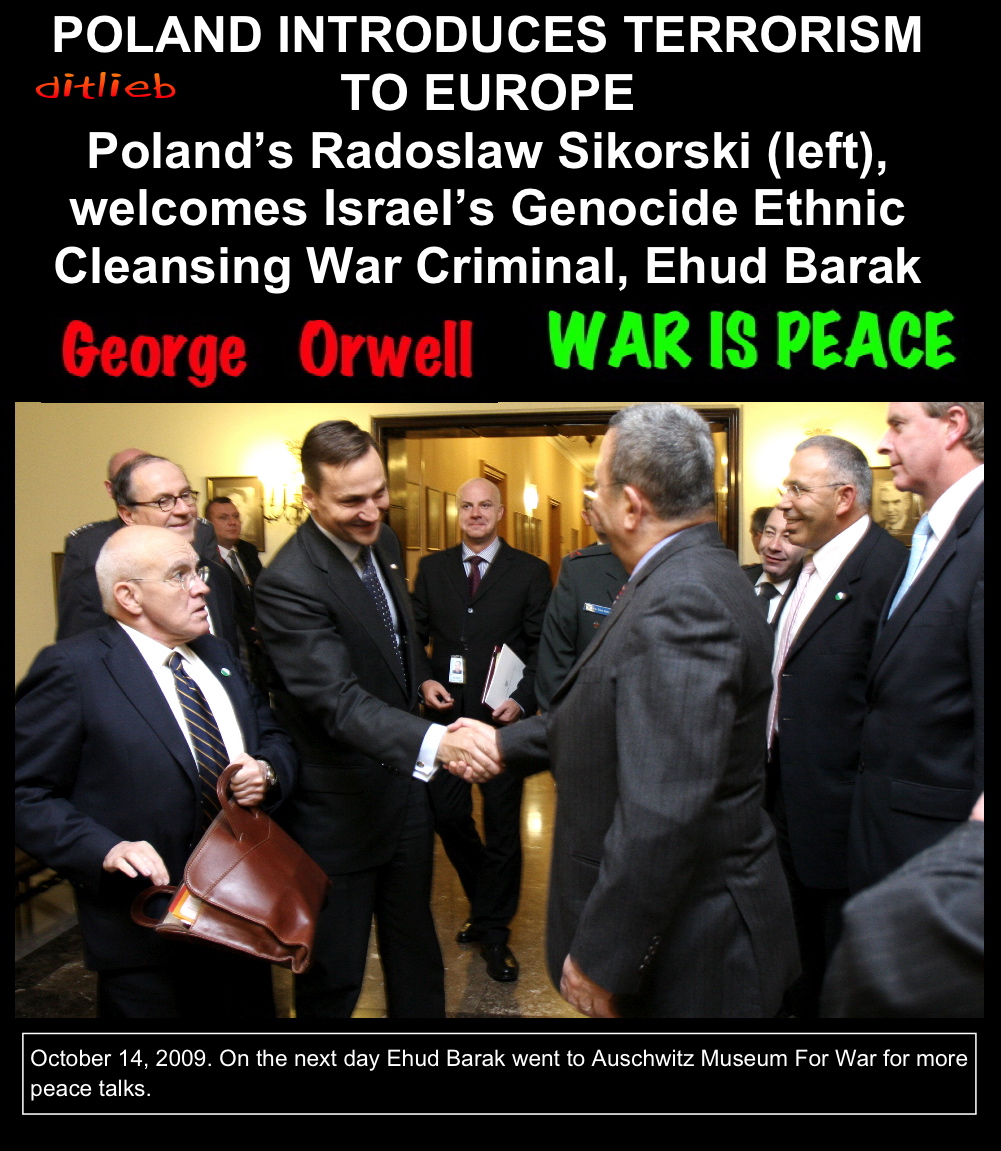 ditliebradio An open appeal to France Francois Hollande and Manuel Valls to clear up the War Crimes commited against the Felderer family in 1945 and to end their Claptrap and Tomfoolery of covering up War Crimes and Crimes Against Humanity
%d bloggers like this: