IT’S TIME TO GET RID OF THE NEWSPEAK

In USA there exist an outlet claiming itself to be ‘independent’ which seems to be yet another Newspeak attempt to catch the gullible masses.

There appears an article taking from washingtontimes.com of November 13, 2013, with infowars.com heading: What made the Nazi Holocaust possible?

We are not told what ‘Nazi Holocaust’ means but presumable its author, Stephen P. Halbrook, means Stalin and his main proof against Capitalism, his Four Million Martyrs Doctrine which supposedly were exterminated inside Crematory 1, the Holy Shrine of Auschwitz.

The heading WHAT MADE THE HOLOCAUST POSSIBLE is not only totally absurd but it is also misleading. That is, without going into the question what HOLOCAUST is supposed to mean. Because the fundamental Exterminationist teaching from the moment Stalin begun it in order to hide his Katyn Massacres where guns were used to kill the thousands of Polish men, has been, that, there was a GAS CHAMBER at Auschwitz whereby 4 million anti-Capitalist Martyrs died by the use of gas Zyklon B.

Hence, a GAS CHAMBER building at Auschwitz, with the use of Zyklon B gas, was, the place where all these millions of anti-Capitalist Martyrs died. Guns only sporadically come in. Gas was the killing agent and the whole killing operation was done by the Jewish Sonderkommando who got women’s underwear as gifts for doing so. It is therefore patently idiotic to bring in guns here as the cause of the alleged NAZI HOLOCAUST even if we were to go along with the HEC Cult, the Holocaust Extortion Cult, that such happened.

And indeed very few Jews got caught in the Kristallnacht. Very few indeed. My parents rented an apartment in Munich with a Jewish family whose daughter was the first actor of a theatrical play. There was no glass broken there. And the Jews apparently felt so comfortable inside the Stalin GAS CHAMBER at Auschwitz that they didn’t even bother breaking the glass on the door so that they could escape.

What is being dished out here to an ignorant public is pure and simple Stalinism. The whole of America is so afraid of a DOOR that they to this day have censored photographing the AUSCHWITZ GLASS DOOR to this day.

Seeing it is now conclusively proven that Stalin’s GAS CHAMBER is a complete hoax, and built by him with Relics that couldn’t be used for killing, the HEC Cultists now switch track by obfuscating the Cult hinting to imaginary causes just as imaginary as their first.

No mention of course is, of all those Jews who were NOT attacked and had guns if they so wished, and of the fact that part of the Jews had declared war against Germany from the very beginning Hitler took power. I would like to see what happened in USA if Mr. Alex Jones declared war against his country BEFORE he was a controversy of it. In Sweden you aren’t even allowed to defend yourself with running away from the muggers, with laws introduced by the Jews. In fact, what people forget, is, that ‘gun’ comes in as 2nd Article in the First Amendments. First is free speech. And those who brought Censorship to Europe was organized Jewry, but that of course is OK to Mr. Alex Jones and his friends. He has to our knowledge not once reported about this peculiar circumstance: How you can be an American citizen, taken the Oath to uphold the Constitution, and then go to Europe, demanding its politicians to enforce stringent Censorship laws. Isn’t that what is called SEDITION?

NB: For those wanting to get into the controversy of the Newspeak ‘Holocaust’ you can go to: http://ditlieb-history.com 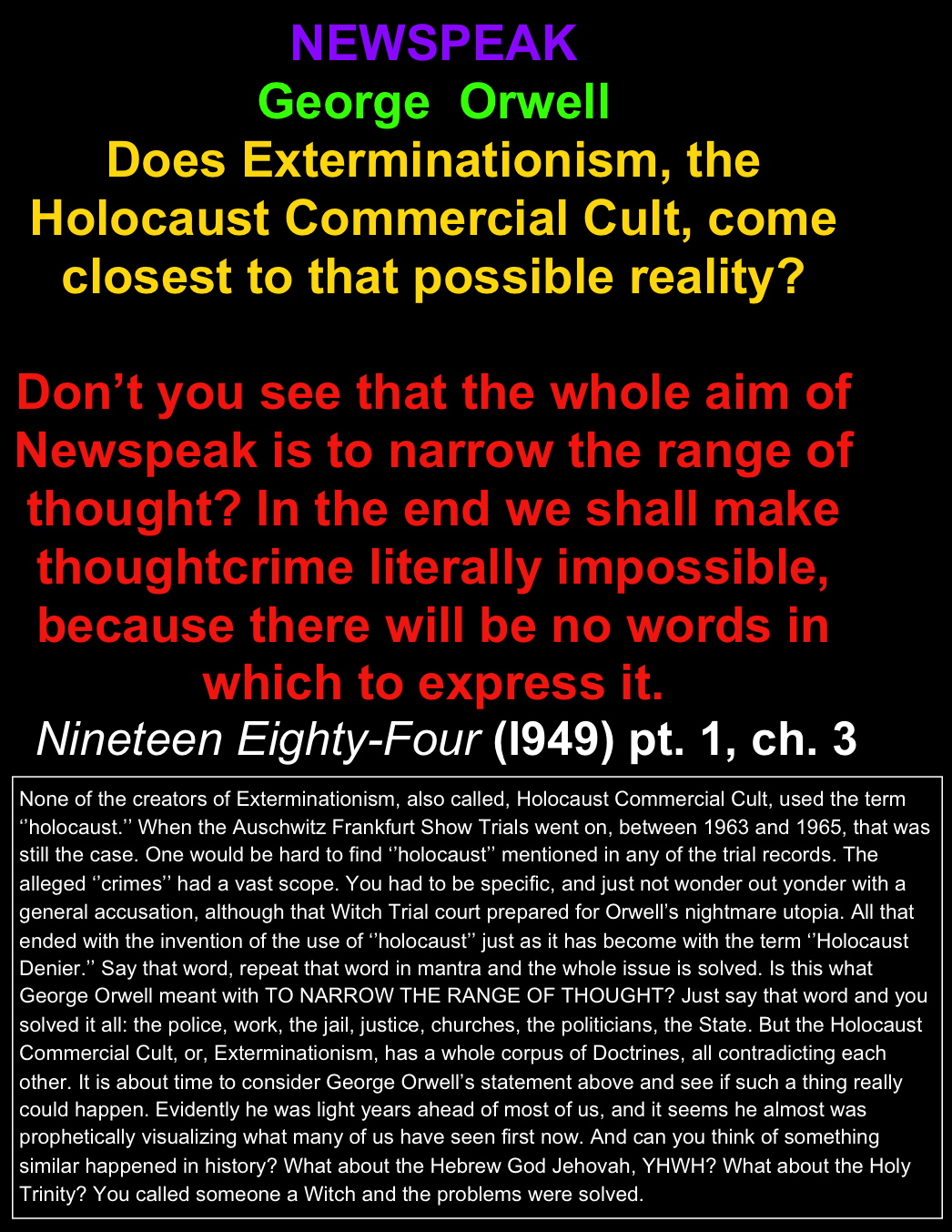