PISSOLOGY IS ABOUT HOW THE PISSERS PRESENT THEMSELVES

Pissology is the study of Pisserism, the brick and mortar, the science of the HEC Cult in relation to the Denial of the Auschwitz Swimming Pool.

It is about how the Pissers reason, think, talk, propagate, argue, defend their noxious Cult before a frail public with frail minds.

It’s about how the Pissers scheme and trick the public, such as the Stefan Szende case, where a title in the first edition, indicating the authors’ REAL views and intentions, gets changed when it is discovered to be a hoax without the public being aware of the hoax. It was possible the first time a NUMBER HOAX was done by the HEC Cult.

It is about how the Pissers view themselves. Viewing themselves as Saviors, Messiah of Mankind, who saved the world from Hitler who planned to exterminate a whole world unless he was obeyed.

The perfumes witch they spray upon their stench-ridden mind to beguile the public to buy their cockroach infested goods.

Their acts in luring kids to their fold of infestation, and prepare innocent children for Gang Raping of mind.

The modus operandi of how Pisserism is used by the Pissers to cover-up massive Pension Fraud Crimes.

By hiding the original Cult such as Denying the Stalin Four Million Martyrs Doctrine, his Holy Shrine, and the hiding of the huge Auschwitz Kitchen and the continuation of such religious-political peddlers, as Martin Henry Glynn, who maintained 6 million Jews were being virtually starved to death. Stalin went one step further, claiming 4 million were gassed to death inside his Holy Shrine. Four million was given as a conservative figure.

By covering-up the War Crimes committed by Israel against the Palestinian people. 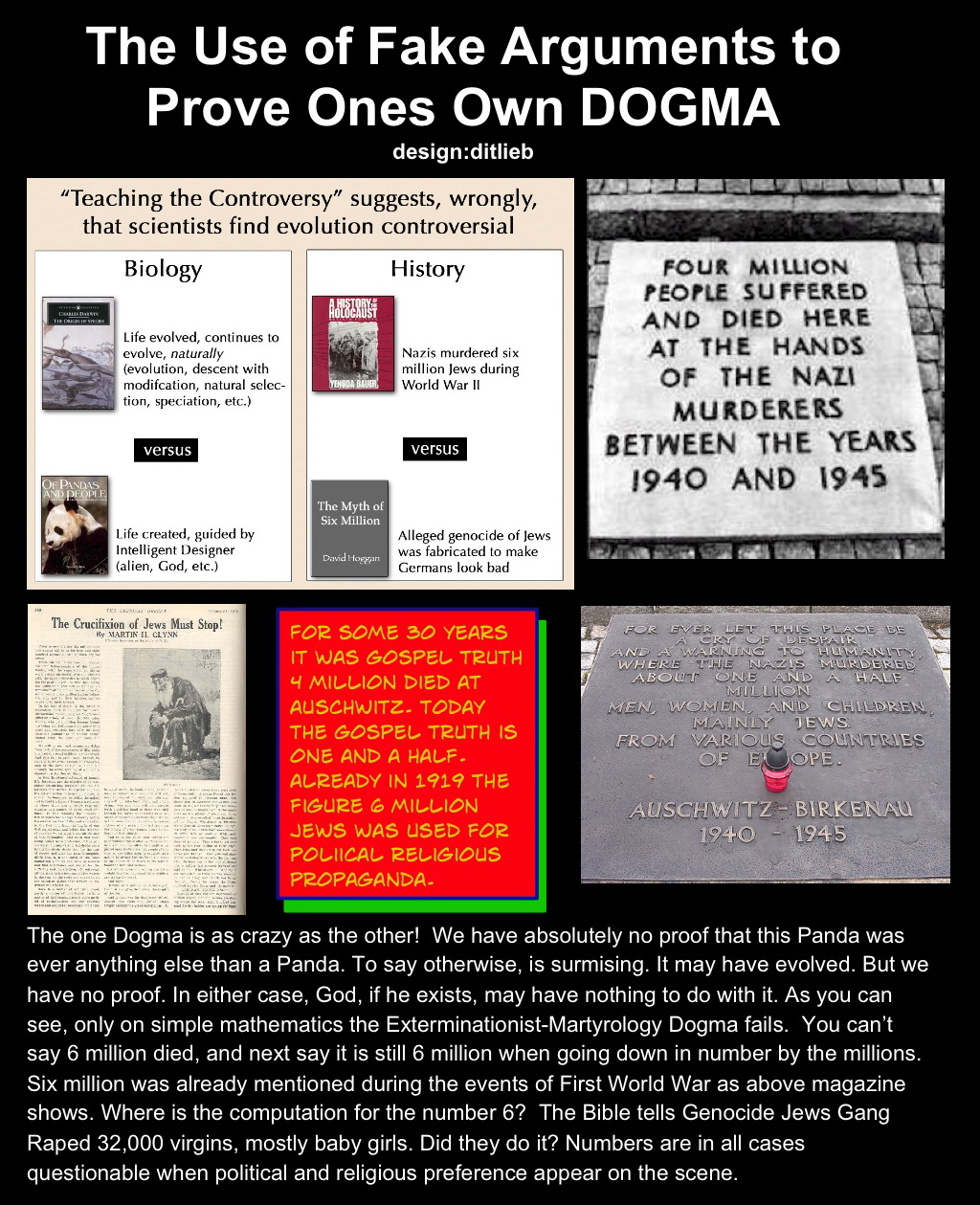