What Swim Wear were allowed in strong faith Roman Catholic Poland just before Hitler took over Auschwitz to construct his Auschwitz Recreation Sport and Relief Camp?

Bikinis came first in around 1946 from France. But anyone using them was considered ‘immoral’. Ditlieb’s sisters didn’t dare using them, and none of the girls at the Olympic Swimming Pool in Sweden where he was training were wearing two piece swim suits. Such could be used only OUTSIDE the public pool

Here is an allowable bathing suit for a woman. Poland had progressed so little that in l941 this was the only swim wear conceivable in Poland before Hitler entered

In fact, Poland had no real Swimming Pool before Hitler came. He constructed them all

Only Germany and Finland had progressed to modernity before Hitler came

Finland even had Saunas joined in with pools to swim in, and even used the Saunas for giving birth. Finland was far ahead on this, even on Germany

Ditlieb Felderer can remember that in the early l950’s some people were so ashamed of their bodies, that men couldn’t show their legs and some women went into the water fully clothed! Thus while Ditlieb was living in Norway, the lady of the house, went into the water fully clothed. She didn’t dare showing any of her body. It resulted in that her clothes went tight around her body, showing her bodily figure even more.

Note the head coverage, the swim cap, of the woman. As all women had long hair, head coverage was necessary or the hair would float into the face, making visibility awkward. Notice, her body is totally covered from head to foot. She even wears pants beneath her swim coat. This was an allowable swim suit that showed you legally kosher.

You find a wealth of historical material on Swimming by going to Ditlieb Felderer and his Auschwitz Olympic Swimming Pool. Go to: http://ditlieb-europe.com 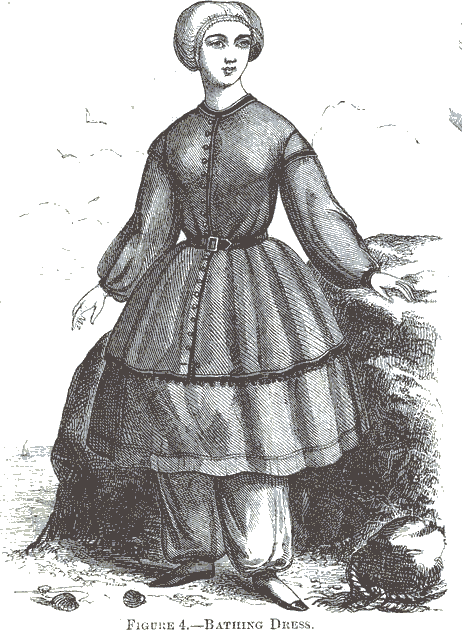 One thought on “The Auschwitz Swimming Pool: What Swim Wear would be accepted in Poland just before Hitler entered Auschwitz to construct his Auschwitz Recreation Sport and Relief Camp?” Leave a comment ›

ditliebradio The Auschwitz Swimming Pool: What Swim Wear would be accepted in Poland just before Hitler entered Auschwitz to construct his Auschwitz Recreation Sport and Relief Camp?
%d bloggers like this: